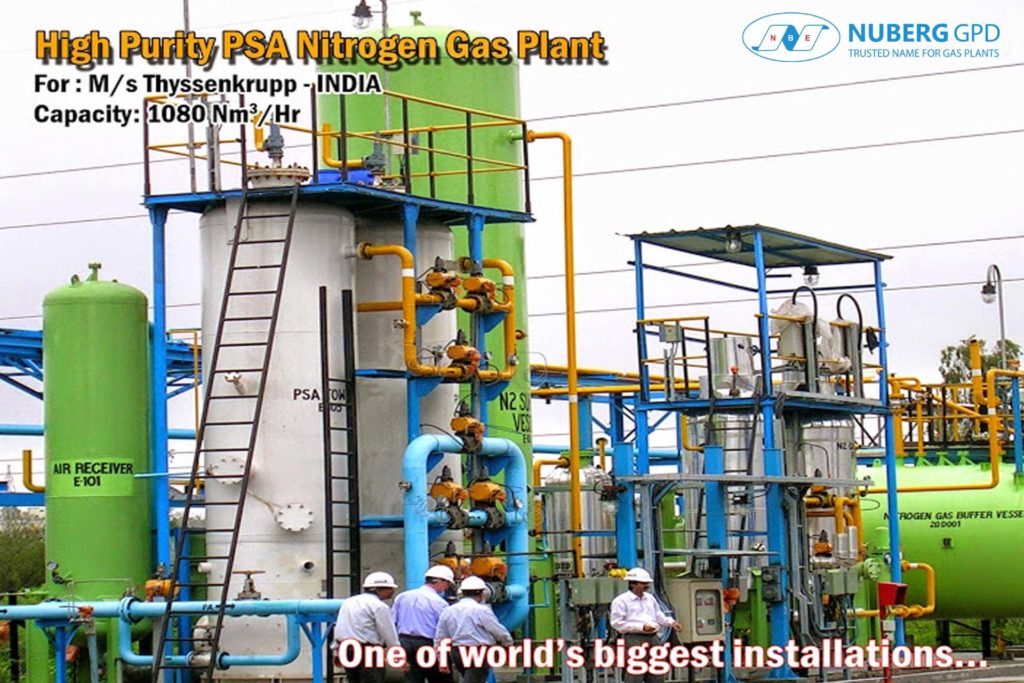 WHAT IS THE NITROGEN DX MODEL?

The Nitrogen DX Model has been introduced by Nuberg GPD for the production of high-purity Nitrogen. The process depends on lowering the oxygen content as much as possible, i.e,  around 5ppm.

A PSA system is followed by an additional purification unit. This is done using palladium as a catalyst for the removal of oxygen and moisture content upto 1 PPM.

The Palladium – De-oxo unit is run with one reactor filled with Palladium Catalyst. The Nitrogen, coming directly from the PSA System with the remaining Oxygen, is mixed with Hydrogen before entering the catalyst reactor. At the catalyst surface, the oxygen reacts with Hydrogen to produce water and heat. The heat and water have to be removed by standard water aftercooler and gas dryer to the required level. The remaining hydrogen concentration in the Nitrogen is around 0.5 to 1% minimum. Therefore, the Nitrogen produced is of the highest purity, and has high calorific value.

A typical representation of the plant is shown in the figure below: 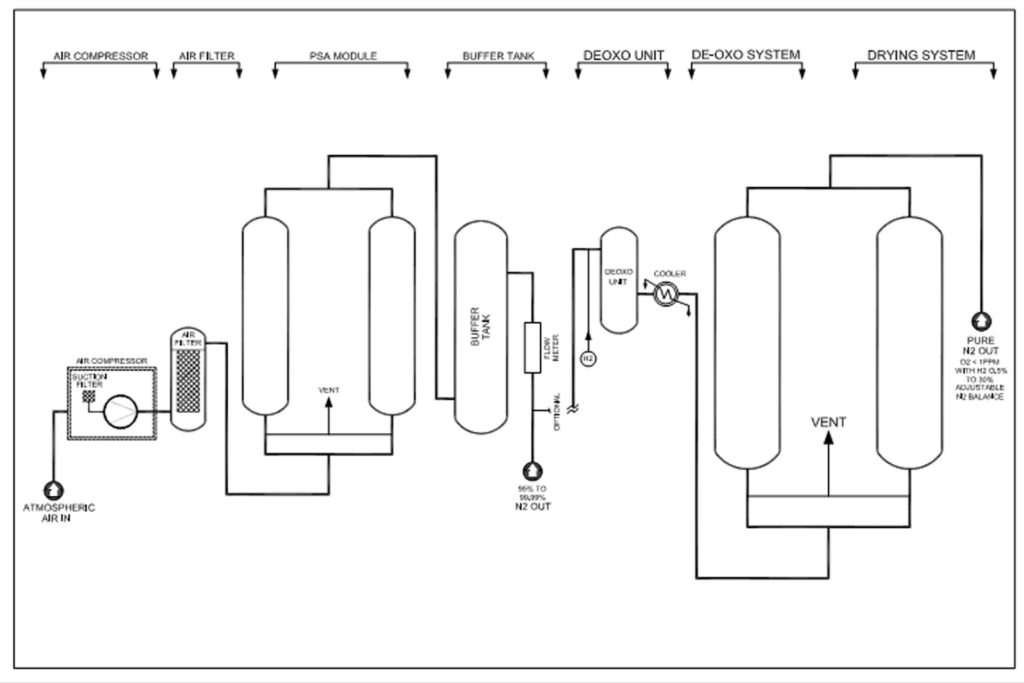